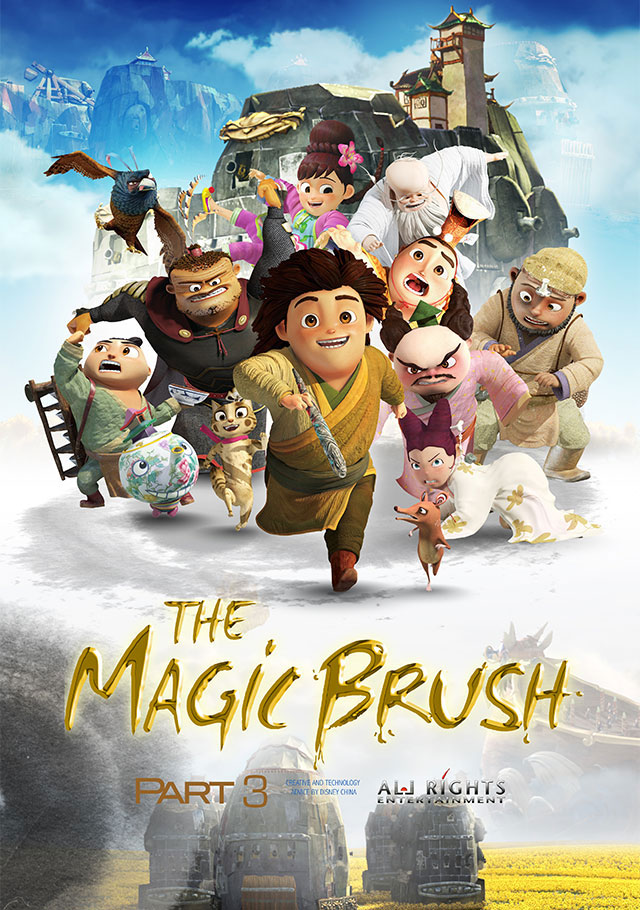 One day, he is given a brush with magical powers that transforms whatever he paints into reality. With his new magic brush Ma starts to help everyone in his village. This information reaches a cruel and greedy general who holds the young Emperor hostage and threatens to invade the village. He manages to steal the brush, which, in his hands loses all its powers. Fighting to get the brush back with the help of his friends, Ma is forced by the general to draw a golden mountain. Ma agrees but has another plan to prevent the general from becoming the richest and most powerful man.