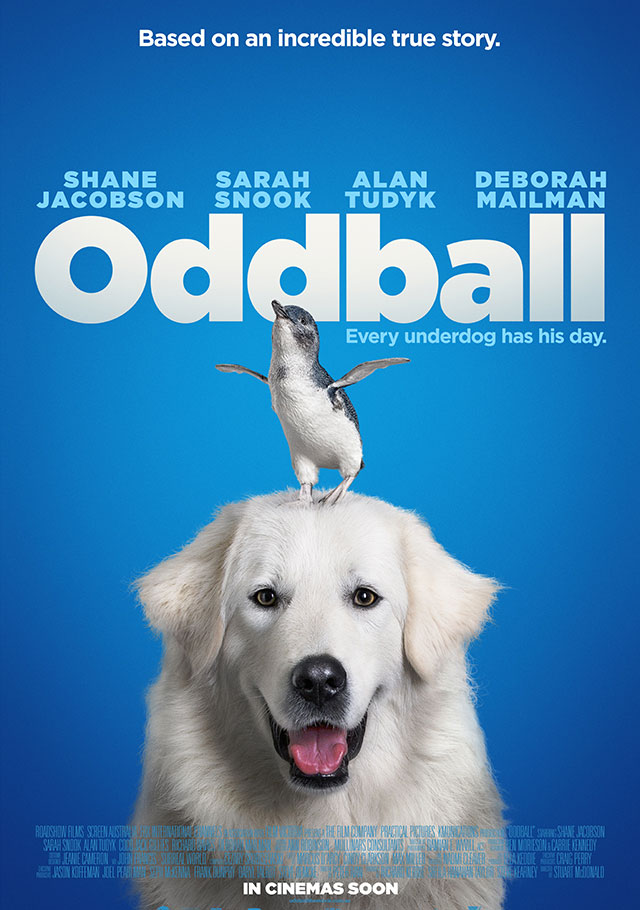 The true story about an eccentric chicken farmer (Shane Jacobson) who, with the help of his granddaughter, trains his mischievous dog Oddball to protect a wild penguin sanctuary from fox attacks and in the process tries to reunite his family and save their seaside town.