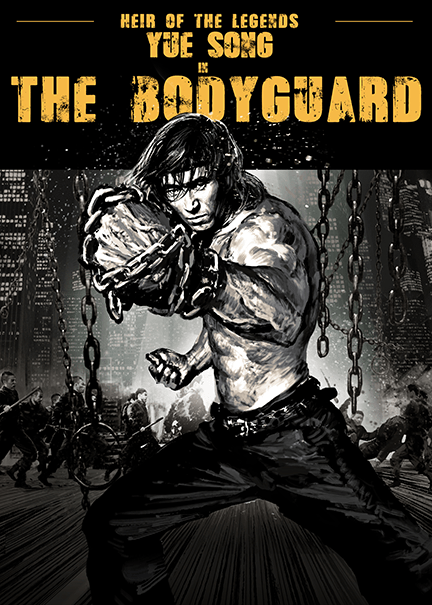 The Bodyguard is a mix of action-packed Kung Fu movie and drama. Wu-Lin, the protagonist chose the dark path to seek revenge, and take the law into his own hands. He is the successor of an ancient and powerful Chinese clan, the “Iron Feet”. After the death of the clan’s master, Wu-Lin leaves the village and goes to Stone-cold city to look for his fellow apprentice Jiang Li and there becomes the bodyguard of Fei-Fei, the daughter of Jia-Shan Li, the richest family in the city. The clash of a rich, rebellious girl with a rugged, masculine bodyguard ignites the flame of true love. Trouble begins when his beloved tries to be kidnapped, forcing Wu-Lin to fight alone against a group of gangsters.