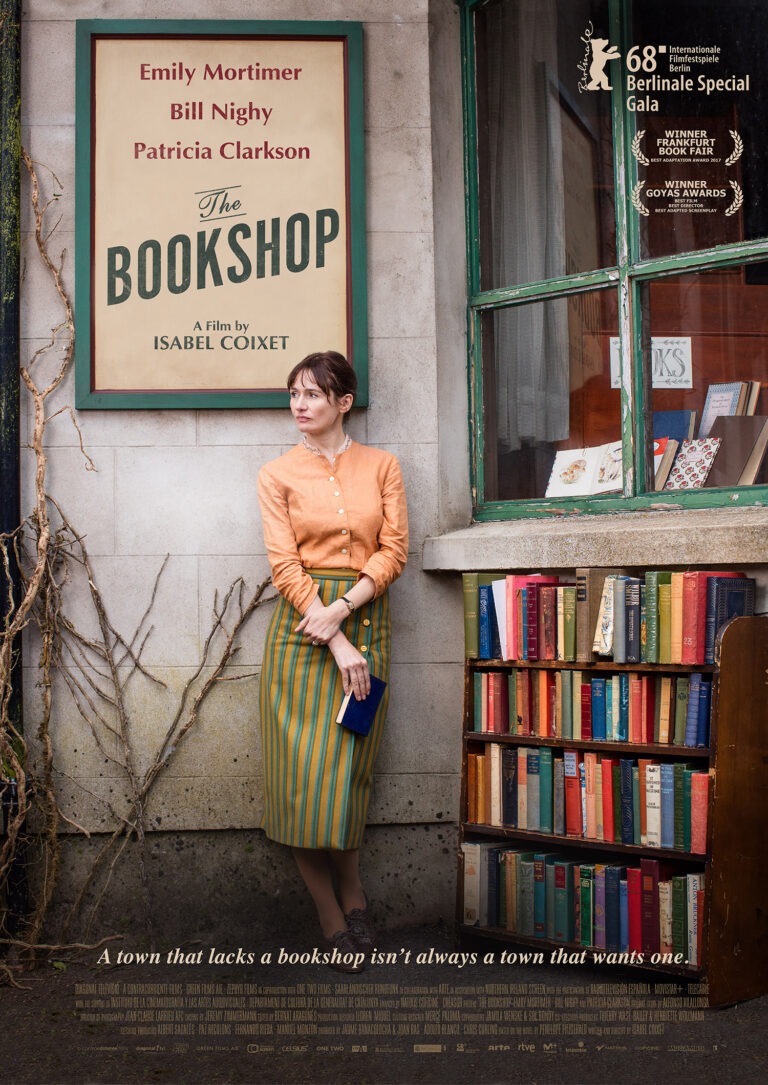 Based on Penelope Fitzgerald’s novel of the same name, The Bookshop is set in 1959. Florence Green (Emily Mortimer), a free-spirited widow, leaves grief behind and risks everything to open a bookshop, the first of its kind in the sleepy seaside town of Hardborough, England, sparking a cultural awakening in a town that hasn’t changed for centuries. His activities bring him a kindred spirit and an ally in the form of Mr. Brundish (Bill Nighy), who is also fed up with the town’s stale atmosphere. But this mini-social revolution soon brings him fierce enemies: he earns the hostility of the town’s less prosperous shopkeepers and also crosses paths with Mrs Gamart (Patricia Clarkson), Harborough’s vindictive and bitter alpha female.